Criteo Engineering > Csharp > How to beat !dumpheap -stat?… with ClrMD

How to beat !dumpheap -stat?… with ClrMD

When you are dealing with large memory dumps, figuring out what instances of which types (i.e. the list of types sorted by size of their instances with their count) are stored in memory takes time. Sos in WinDBG provides the dumpheap -stat command that can take minutes. For example, on a 16.7 GB production dump, the command takes 3’44” in WinDBG and 3’14” in WinDBG 10. During investigations, you don’t want to waste minutes just to have a synthetic view of the .NET heap content. A Twitter discussion around that topic with @tamir_dresher collided with the researches we are doing at Criteo and this post shows our first results.

When automation comes into play, ClrMD provides the same level of features with a very simple loop:

If you run this simple code on the same dump, it takes 2’06”; already faster than WinDBG+sos!

What are the code performances?

Using dotTrace to analyze the performances of this simple ClrMD implementation gives the following results :

With the details for ReadVirtual:

It seems that GetObjectType and GetSize are the main sources of CPU usage.

That calls its HeapBase base class implementation to iterate on the segments of the heap:

The heavy lifting part of the work is done by the HeapSegment.NextObject method: 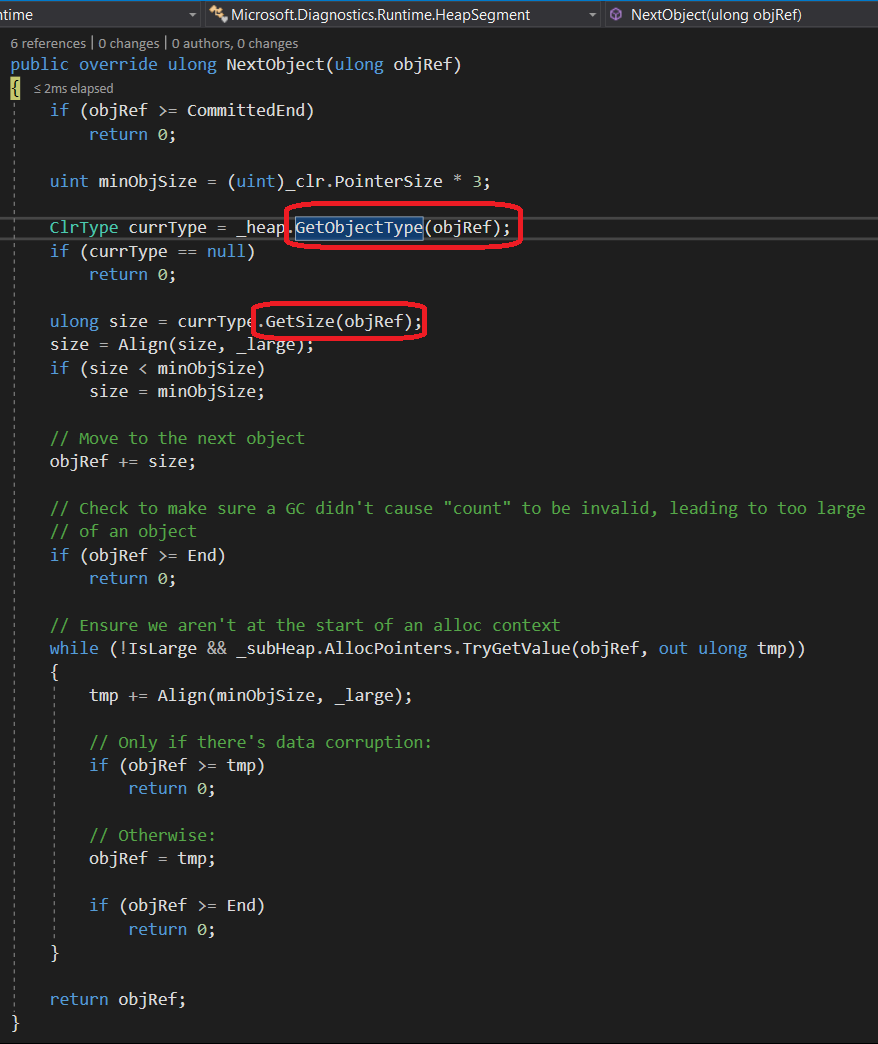 It means that in the specific scenario of building a class histogram, the code ends up calling the two very expensive GetObjectType and GetSize methods twice as needed!

The code in ClrMD relies on the in-memory layout of a reference type instance (see https://blogs.msdn.microsoft.com/seteplia/2017/05/26/managed-object-internals-part-1-layout/ for more details).

The changes in HeapSegment.NextObject are obvious: use the parameters if they are provided: 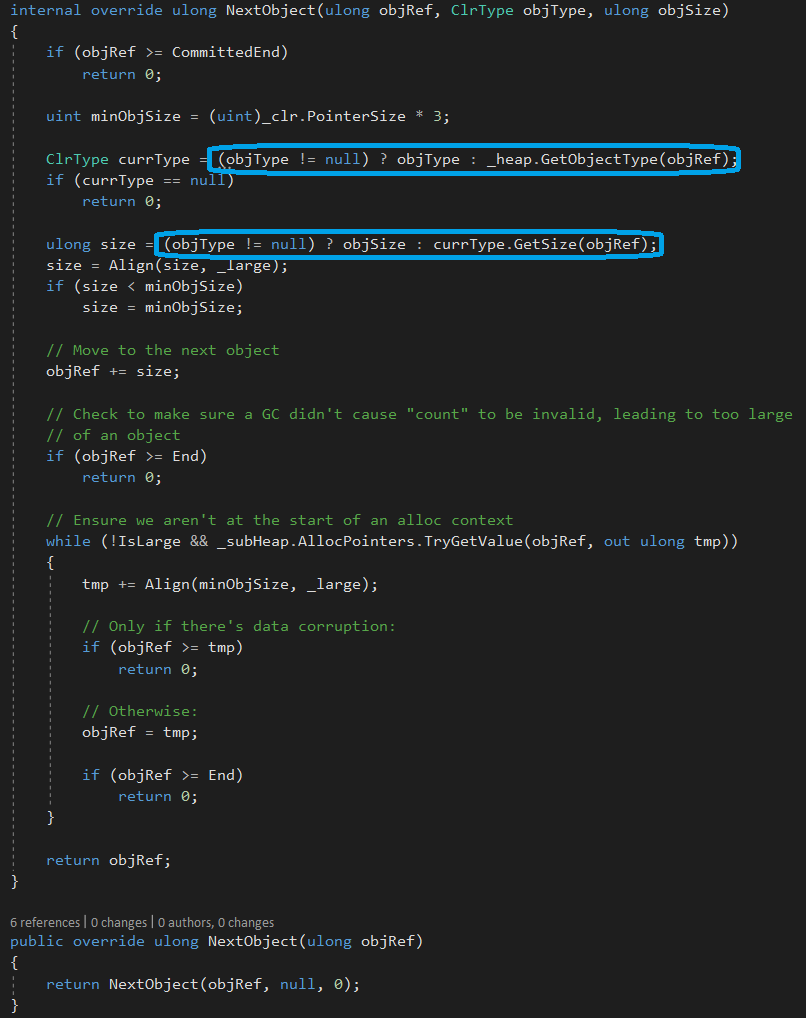 It is possible to add the size to the cache (except for arrays obviously) but it did not bring any value because ClrType.GetSize is already optimized to avoid recomputing the size of an instance when not needed.

If you take a look at the code, you notice that it executes the same code segment after segment. Why not trying to make this shared code run in parallel? Well… in addition to our own Dictionary-based cache, the ClrMD implementation is not thread safe mostly due to caches at multiple levels including the data reader on top of dbgeng that keeps track of a sliding 64 KB page. Without rewriting ClrMD from zero and just adding locks everywhere, the gain is barely visible.

It is hard to understand how it is possible that our ClrMD code could be twice faster than WinDBG+sos.

From Task Manager, the difference is visible at the disk throughput level

Since the code is mostly reading from the dump file, such a huge difference could explain the x 2+ gain we see at execution time.

The corresponding pull request is available on https://github.com/Microsoft/clrmd/pull/121.