This post of our new series shows why performance counters might not be the best solution to monitor your .NET application and why the CLR events will definitively be a better solution.

At Criteo, each .NET application provides custom metrics to monitor deviation and trigger alerts. This is the first line of defense against misbehaviors. The next step is to figure out what could be the cause of these deviations. After source code changes analysis, it is often needed to dig deeper into performance counters exposed by the CLR such as the following: 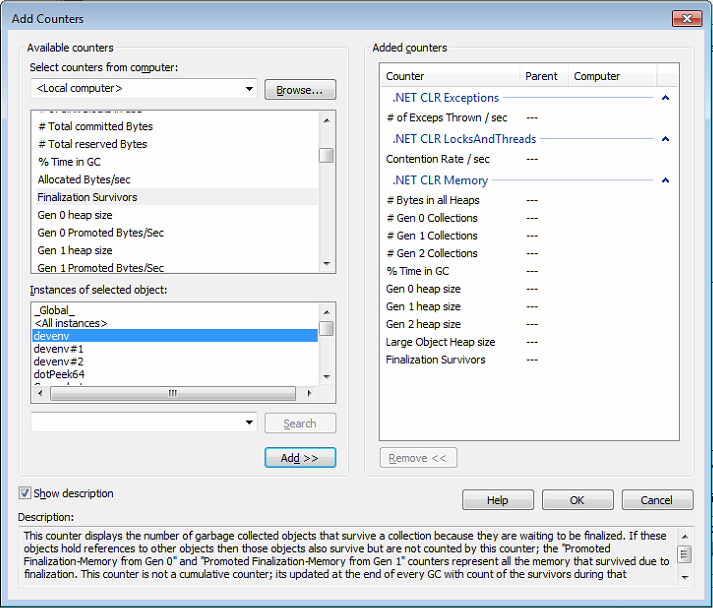 Again, these counters are used to detect possible deviations in usual patterns. For example, some applications are supposed to answer under a 50 ms threshold. When the corresponding “number of timeouts” or “request time” metrics start to increase, several reasons linked to the CLR might be partially responsible but it is hard to tell:

As you can see, this second line of defense is not enough to start an investigation with a clear assumption in mind.

In addition, some counters are not showing what you might think:

You need to realize that performance counters are sampling-based and could show the same value that does not represent the current reality. For example, most of the GC counters will not change until the next garbage collection occurs; i.e. the % Time in GC could stay misleading (until the next GC) and this is very far from the % CPU time you are used to.

If you are moving to .NET Core, you will discover a worse situation: There are no more performance counters on Windows to monitor your applications And if you are targeting Linux… well…

However, as the rest of the articles will demonstrate, the CLR provides even more details via strongly typed tracing through Event Tracing for Windows (ETW) and LTTng on Linux.

CLR and Event Tracing for Windows

The ETW framework has existed for a long long time and allows consumers to listen to events emitted by producers as explained in a 2007 MSDN Magazine article. 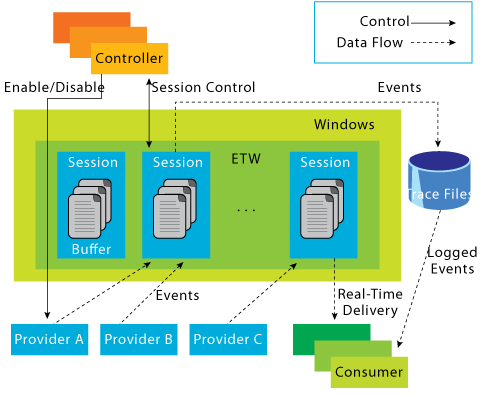 A tracing session wraps the providers and consumers together either for real-time processing or .etl file generation. If you already know the Perfview tool or the Windows Performance Toolkit/xperf, you should be familiar with the generated .etl files.

For debugging purpose, listening to events during a live session with a minimal impact on production machines is even more practical. The list of documented CLR events is huge but no fear: this series of posts will focus on exceptions, finalizers, thread contention and garbage collection.

In addition to the documentation, I would recommend that you take a look at how the tracing is implemented in .NET Core source code for two reasons. First, you get access to the exact payload schema of all generated events (even those not documented). Second, by searching the Core CLR source code for the FireEtw-prefixed methods generated at build time, you will get a better understanding of when things are happening. Don’t forget the higher level ETW::-prefixed methods and enums that are also called by the runtime to emit traces.

Perfview has already been mentioned earlier to help analyzing traces but it is also useful for deciphering events produced by the CLR. On a trace, double-click the Events node:

In the new window that pops up, select an event on the left side to get the list of occurrences on the right side: 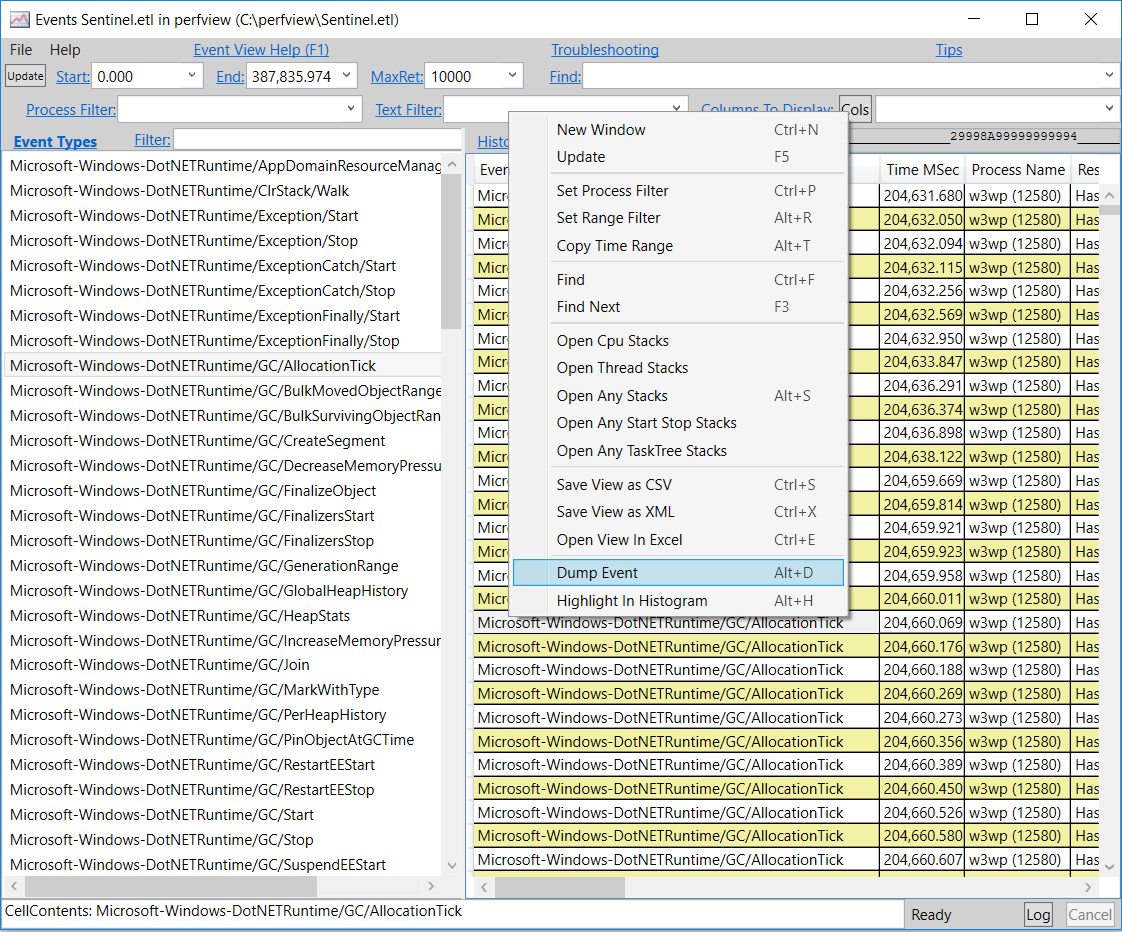 Right-click an event occurrence and select Dump Event to get its payload details:

such as the type name of the new instance that led the GC to trigger the AllocationTick event after ~100KB was allocated.

In addition to the tooling available to get the traces, Microsoft is providing the Microsoft.Diagnostics.Tracing.TraceEvent Nuget package. With this library, you will be able to build your own tool or listen to the CLR events from within your running applications to replace the performance counters. The next episode of the series will ramp you up with the implementation of a basic listener.