I am a recruiter and I love recommender systems

As soon as I knew I would join Criteo as a R&D recruiter, I started to brush up my Machine Learning skills. Quickly, I bumped into the big names : Andrew Ng, Yoshua Bengio, Yann Le Cun, Geoffrey Hinton…etc. Knowing those names is important as, nowadays, researchers have an impactful aura on other researchers but also on engineers belonging to the Machine Learning community. As a recruiter, I consider that I should be part of the same world as my candidates. I want to understand their vocabulary and share the same references. My job goes beyond copy/pasting buzzwords and geek references in job titles. Fortunately for me, I had the chance to fall in love with one particular application of Machine Learning that is Recommenders systems.

At Criteo, we are good at recommending ads to internet users and making the Internet free. In real life, recommending something to someone is complex and puts your reputation on the line. A good recommendation will end up making you be trustworthy. A bad one, well, you will not be pointed out twice to recommend something! Formalizing this habit of “word-to-mouth” into a mathematical formula and code would have been a challenge I would have liked to tackle if I had been an Engineer!

The recommendation team : I almost recruited the whole team!

I tried to get familiar with machine learning and wanted to understand the spirit of recommender systems. Hence, I ended up reading about Kim Falk‘s book on Practical Recommender Systems. In his book, Kim highlights Xerox and GroupLens’ work on what seems to appear as “the foundation […] of what we know as recommendations today“. One of the first recommender systems was called Tapestry and enabled Xerox PARC (Palo-Alto Research Center) to deal with the volumes of emails each user was receiving in 1992. In a very similar manner, GroupLens wanted to “collaborative-filter” the information load.

These were the recommender systems that existed before people even knew there were recommender systems. Nowadays, users know recommender systems thanks to very popular service providers such as Netflix, Amazon or Youtube. Everybody binge watches Netflix’s creations. When you have been watching intensively “Stranger Things” and don’t know what to go for next, no worries! Based on other users’ similar tastes, you will get some new suggestions for other must-see TV shows.

Amazon has always been a reference in terms of user-user and item-item based recommender systems. Thanks to the activity of users, Amazon is directly suggesting products that have been bought/liked/viewed by people sharing your tastes. This is an efficient way to increase your number of sales. Funny story, the other day, I went to a book shop. The bookseller naturally talked about another author’s work because she guessed that I would be sensitive to the topic based on the book I was buying. She ended up being right!

My favorite services based on recommender systems are definitely Deezer, Pandora and Spotify. No matter if you are the user of one of those or the three of them, the ability they have to recommend new music based on your personal tastes make it easy to discover new tracks and artists. How easy? No need to keep actively looking for the new track released by your favorite artist, it’s already being suggested to you!

At Criteo, our engineers face challenges on topics such as evaluating recommender systems over time, ensuring to bring intellectual / material value to an user, recommending without historical data and using deep learning to build better representations of users and products.

However, the new concept that I find personally fascinating has been highlighted by Olivier Grisel during the last edition of the RecSysFR Meet-Up about the need to address ethical considerations for Recommender Systems (from 16’05 in the video). Indeed, based on the data they use, recommender systems can influence the behaviors of the users or add a certain bias. The need of transparency is becoming decisive when talking about recommender systems. This question is so critical that the 2017 RecSys Conference features a whole tutorial entitled “Privacy for Recommender Systems” led by Bart Knijnenburg (Clemson University) and Shlomo Berkovsky (CSIRO).

As a recruiter, I often feel that I am a walking recommender system myself. Looking for a Data Scientist? I can point out on the spot where to headhunt! Looking for a promising Machine Learning researcher? I already spotted one during the last conference I attended. A recruiter always starts by collecting the right information features in his mind to make sure the candidates are willing to engage in a recruitment process. We are matching a candidate’s ambitions to a Team Lead’s needs. But sometimes, things can be difficult to solve!

Hence, if you are as fascinated as me by those topics and happen to be an engineer or a researcher willing to work on challenging problems on Criteo’s recommender systems, feel free to contact me : c.chavier@criteo.com. Otherwise, if you are in Paris, feel free to attend any upcoming RecSysFR branch  meetup (created by engineers from Deezer, Rakuten and Criteo). 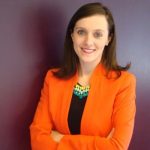