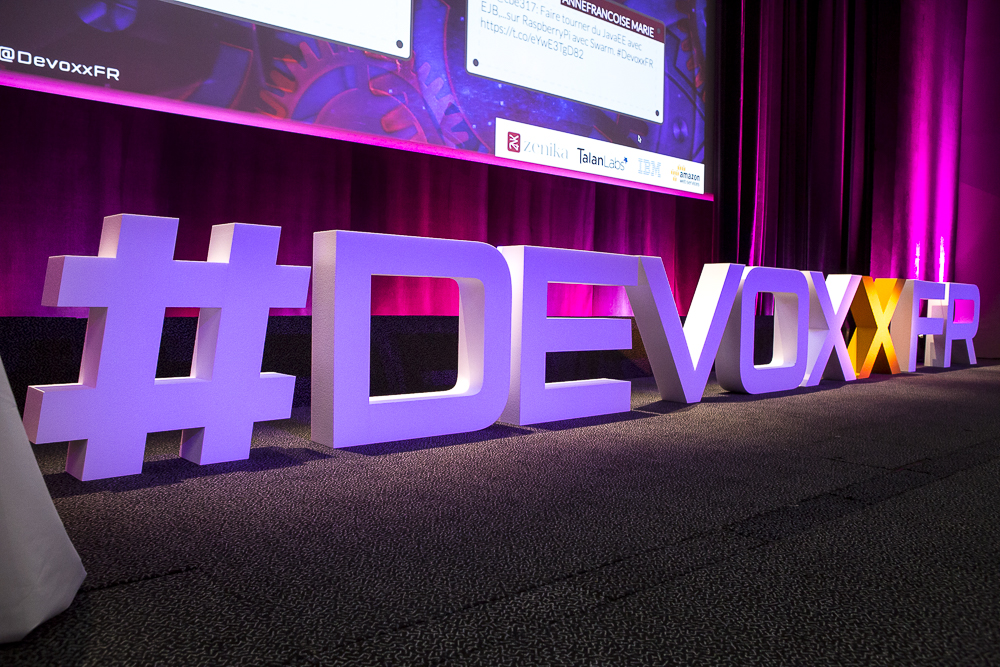 About a month ago, Palais des Congrès in Paris was the host venue of Devoxx France from April 20th to 22nd. The event had over 2500 Software Engineers & some top tech companies present. According to reports, this year’s event is the largest since its inception in France in 2012.

Devoxx France is the largest Java conference in France that takes place annually. Although Devoxx is primarily Java related, other current topics of interest such as Cloud computing, Agile Process Management, and Mobile were covered. 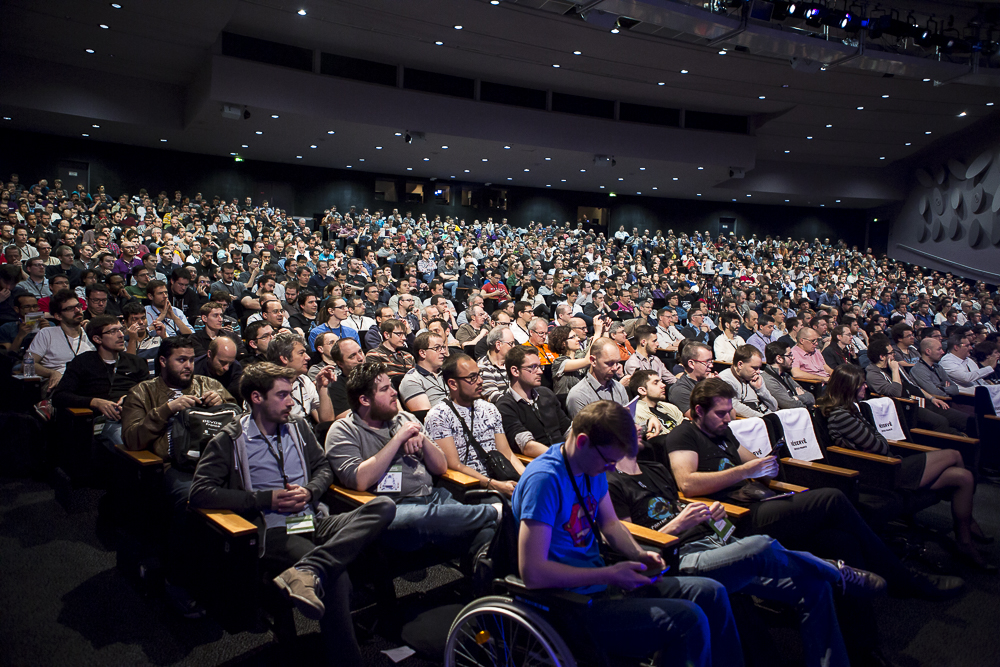 Criteo Labs was a sponsor this year

Criteo Labs has been a partner of Devoxx in the past and this year was not different. As a sponsor, we had a beautiful booth filled with the most sought after swag for everyone that swung by to learn about our cutting edge technologies and jobs. 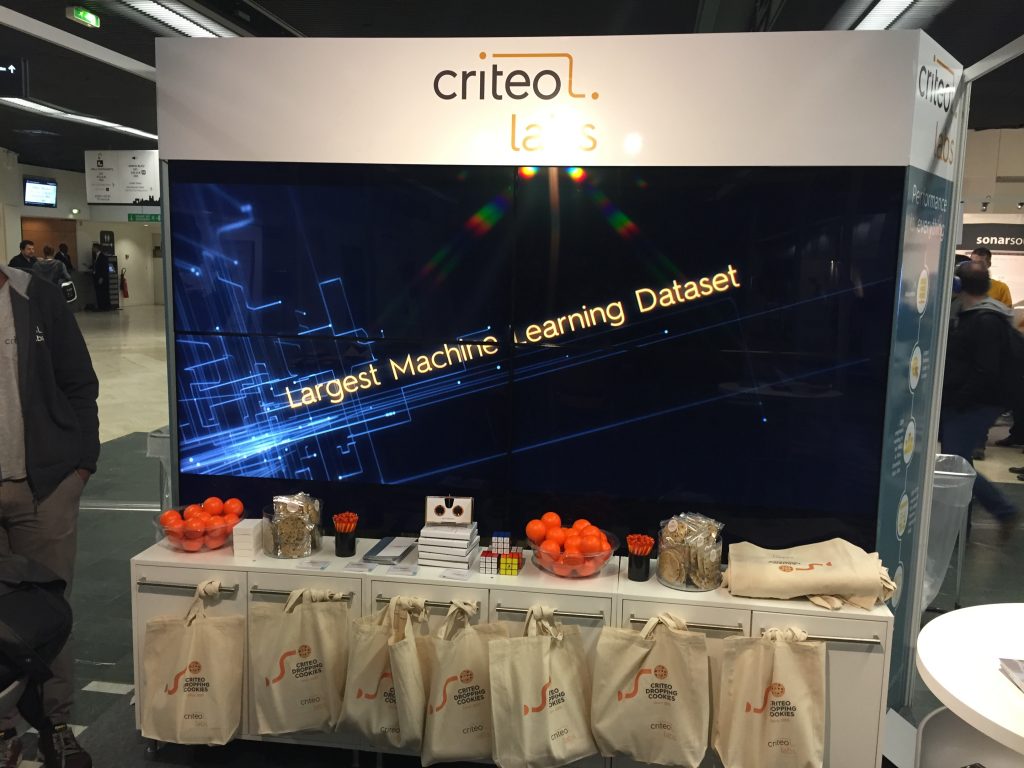 Our booth with give aways

For our R&D recruitment team, this was an opportunity to meet face-to-face with job seekers and explaining to them our hiring process, giving them further info about life in Criteo and most importantly getting to know them. 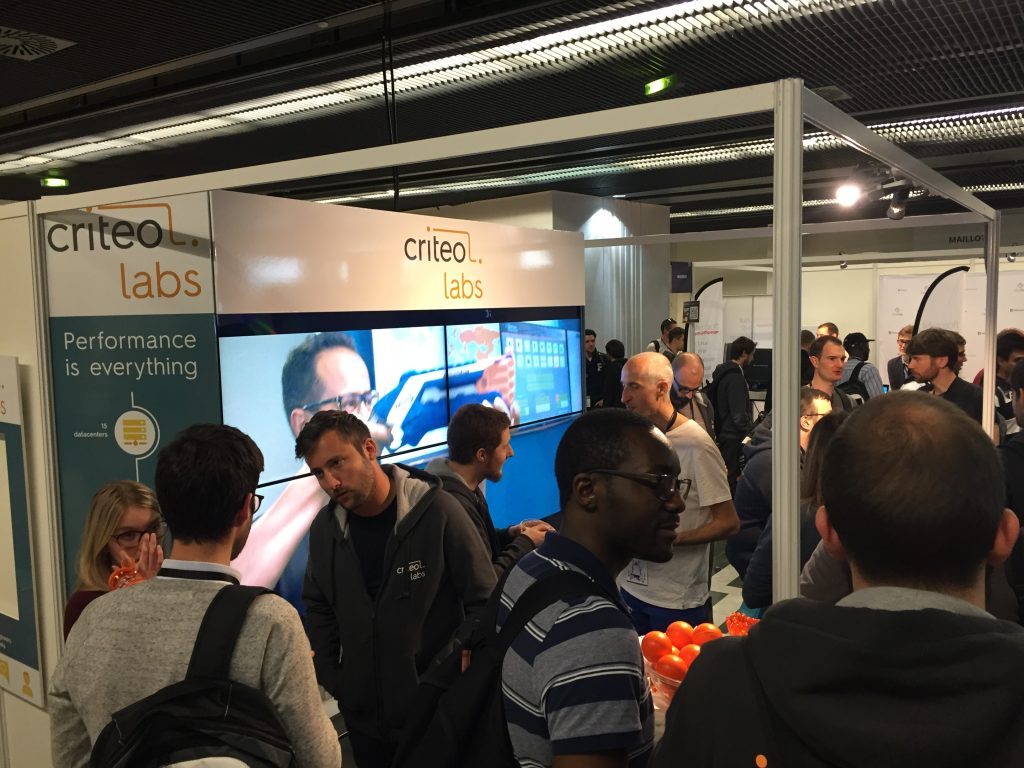 Our talent team engaging with visitors

Devoxx France being the largest Java conference in the region and with Criteo Labs being Java friendly, it was only natural our engineers would attend this event. This year, we had over 35 of our engineers attending the 3 day conference & workshops. 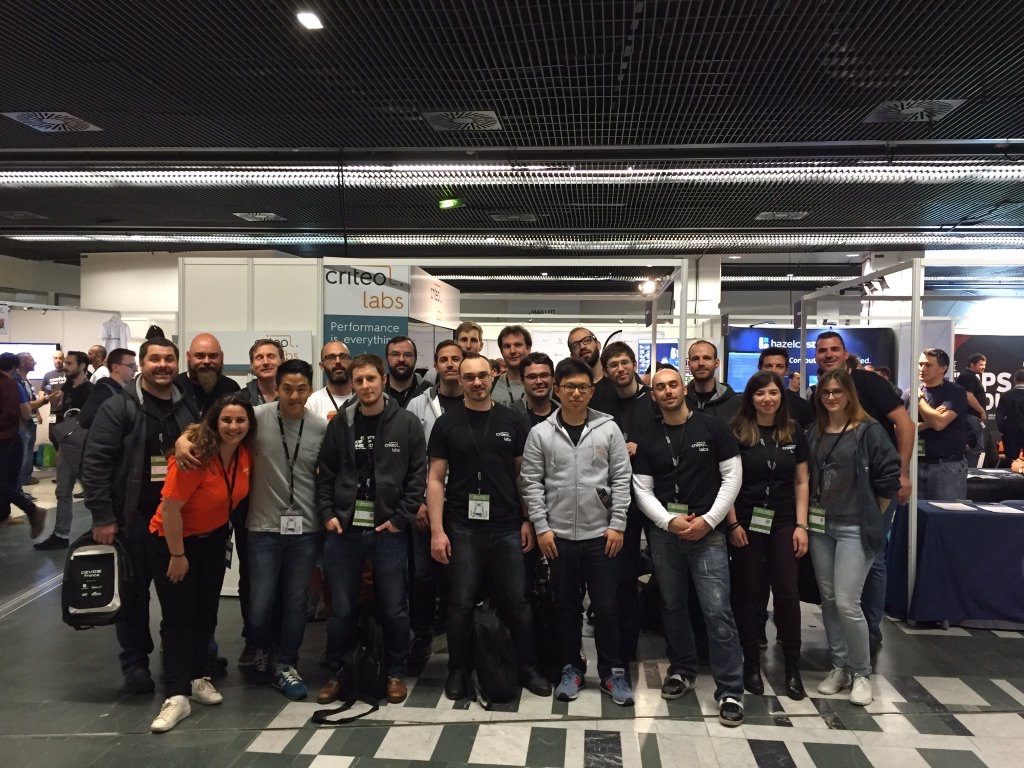 We had five talks presented at this year’s conference. Up from 2 last year. About 80% of the conference/workshop tracks were in French, with a handful of  presentations made in English. 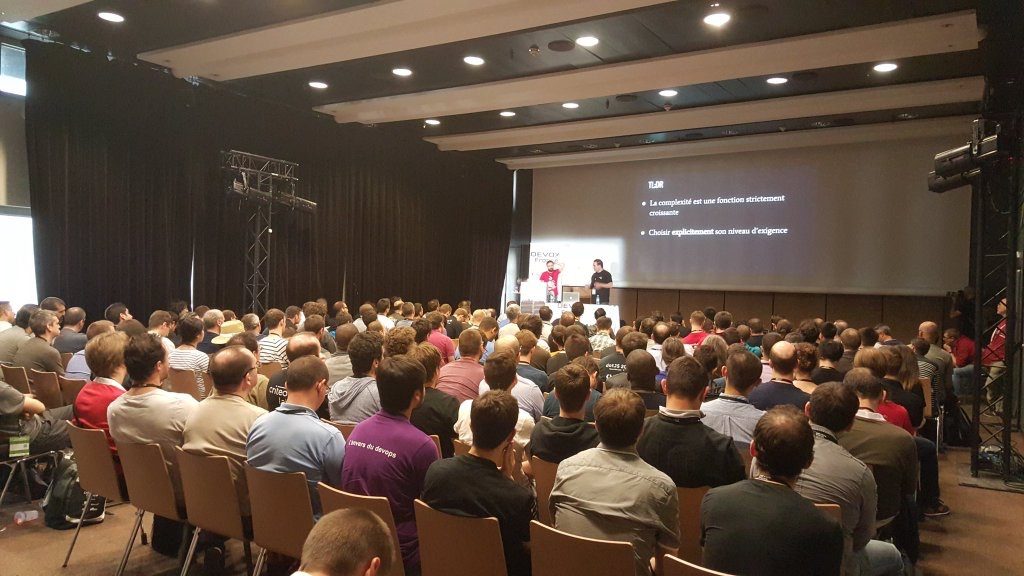 Get into our presentations below (all talks in French):

Over the years, Criteo has seen the explosion of its needs in distributed computing. Our investment in the Hadoop ecosystem was intense in terms of people, projects and infrastructure. This conference will give a view on the hardware and software infrastructure choices, pitfalls and successes that we have encountered in this extraordinary adventure. We shall present in particular the architecture of our new datacenter located in Pantin, the selected solutions for its growth to over 5000 servers and for managing a multi datacenter Hadoop cluster.

Abstract:
The dynamic code generation on the JVM is today a well-known technique. You will have to just make Java ByteCode, and load the corresponding classes at runtime. However I was recently faced with an interesting challenge: would it be possible to directly generate native code dynamically? Without using the Java JIT compilation and ByteCode step Hotspot, and have totally hands on the native code of a function? This is actually possible. In this presentation I will outline the steps that accomplish the code generation dynamically on the JVM: Describe a minimal API for manipulating assembly language directly in the host language. Write a mini-assembler to translate it into native code at runtime. Load this native code in memory, and make it executable. Finally, make it interoperable with the host language and assigning a function-like. Here I will use Scala as a host language, but the techniques presented can be easily implemented in Java or another language for the JVM

Abstract: Criteo has a 26808 core cluster with 39 PB of raw storage and 11 TB RAM that runs up to 90000 jobs per day. Criteo decided to create a cluster with the capacity to temporarily replace, in both storage and compute, the existing cluster while it is upgraded. We will then run both clusters in parallel as part of our disaster recovery program and for extra capacity. The new hardware was chosen after manufacturers were asked to make competing bids to supply the new machines. In this talk we will describe: 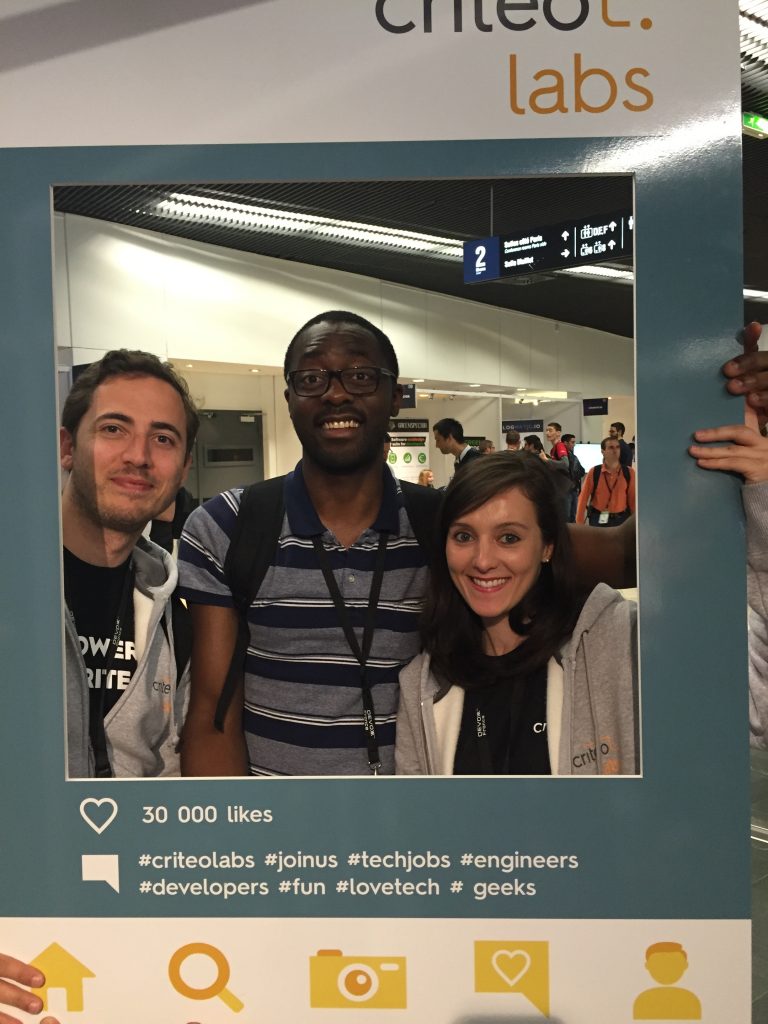 Smile for the camera 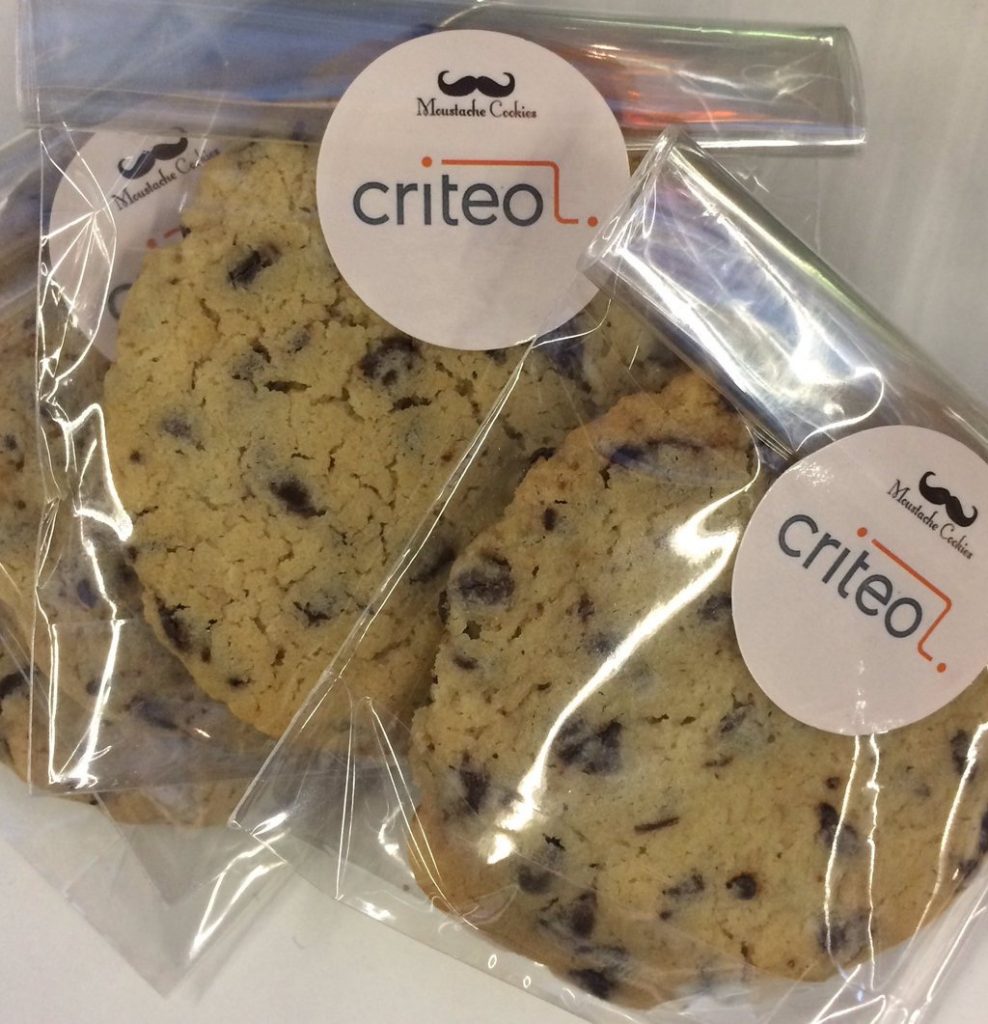 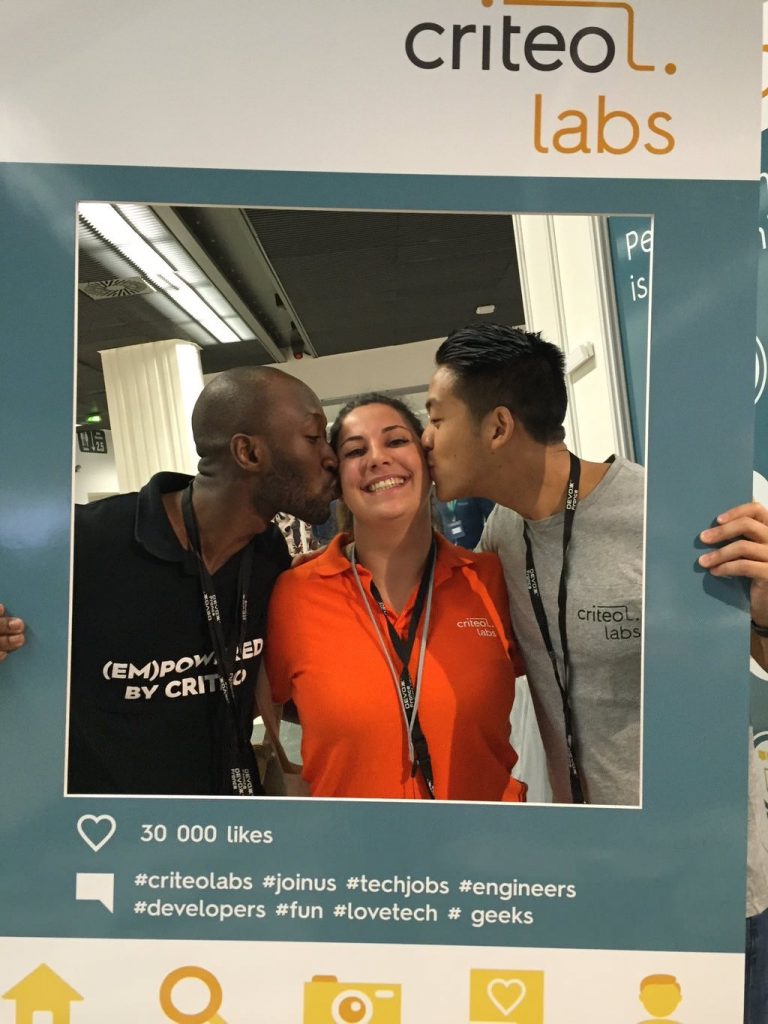 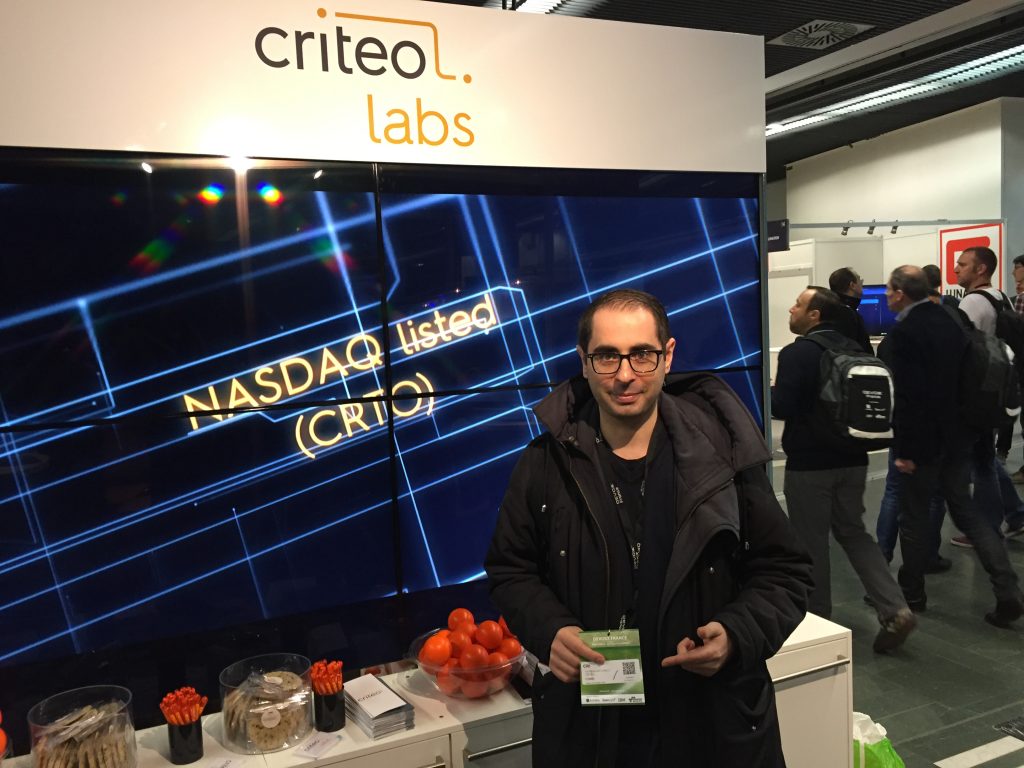 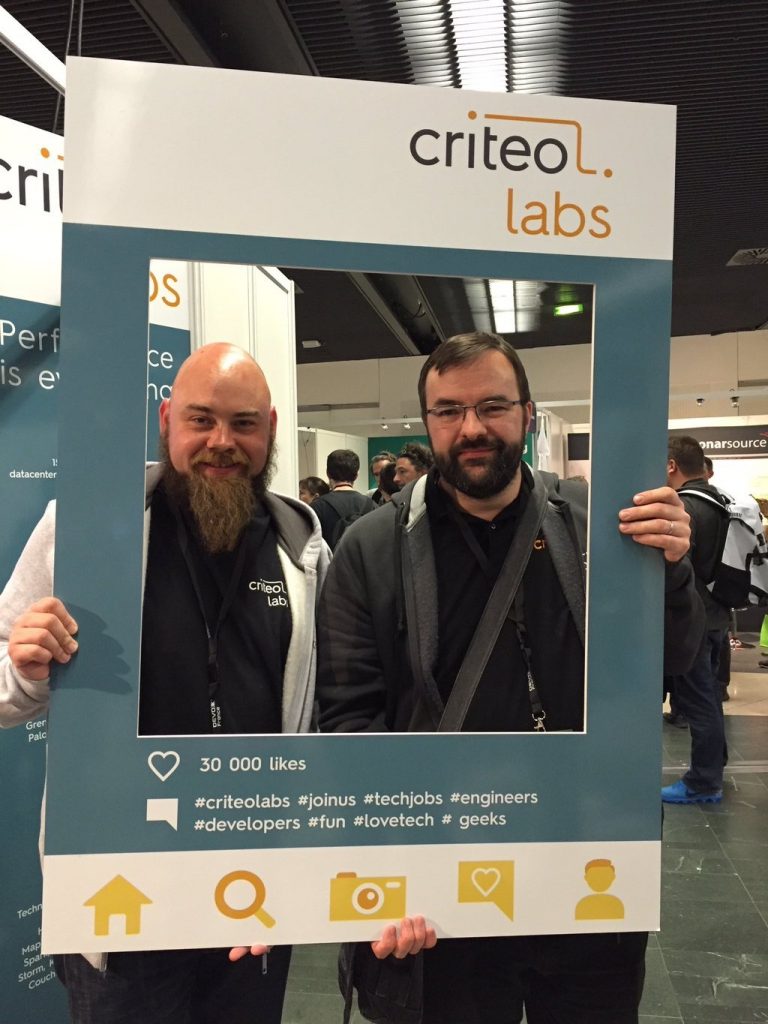 Nicolas H & Matthieu B for a photo session 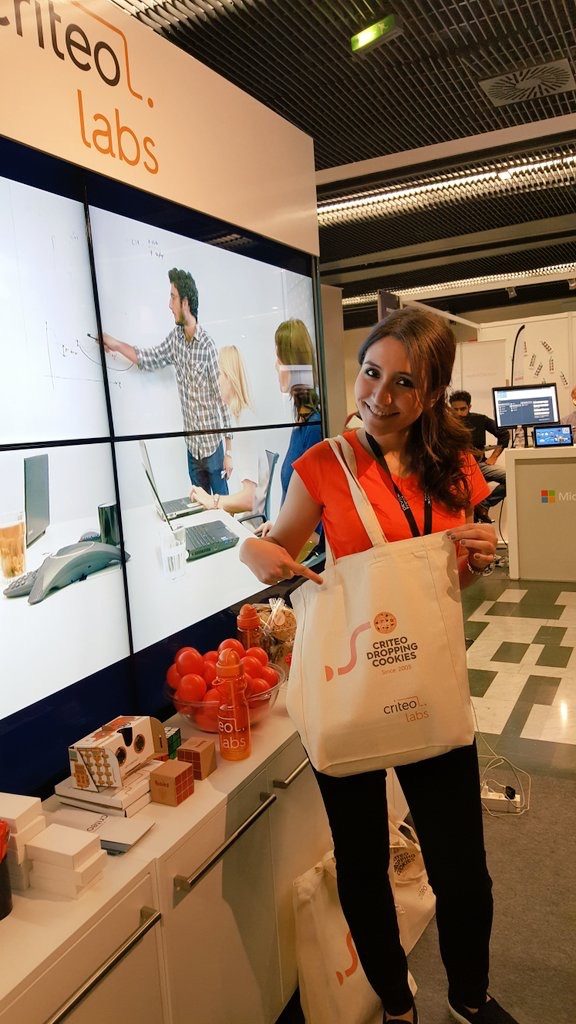 Our R&D recruiter with a big full of SWAG